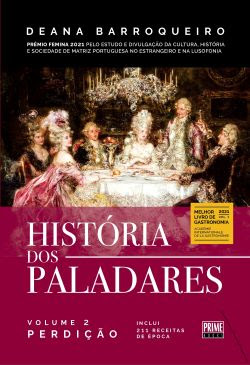 Prime Books is pleased to announce that one of our authors have been nominated for the prestigious Gourmand International's Best in the World cookbook awards with winners to be announced in 2022 in Paris.
Author Deana Barroqueiro and  Editor, J. Cancella de Abreu, were selected for recently released, História dos Paladares I and II and will represent Portugal in two categories:  "Series"  and "Culinary History."

Edouard Cointreau, Founder and President of the Gourmand Awards stated: "The selection of the Gourmand Awards give an overview of the best around the world. There is approximately 1% chance to be selected on this Gourmand Awards list!... This year there were 1558 selections from 227 countries and regions," explained Cointreau, "It is the maximum we have ever had.  With the pandemic, people are coming back to cooking and reading. Authors and publishers are responding to the demand in quantity and quality.  When we started 26 years ago, there were only 25,000 cookbooks or food writing per year.  In total, there are now over 100,000 food and drink culture books and documents every year, in print or digital, free or paid, with our without ISBN."

"I am humbled and honored," said Deana Barroqueiro. "Not only that this is my first book about culinary and gastronomy, but that writing about the historic evolution of the culinary world, which  took me seven years of hard work in researching and writing, were recognized by the Gourmand World Awards. 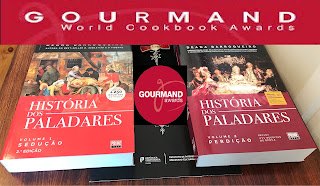 "I began to write poetry when I woke up from a three days' coma, after an attempted suicide at the age of twenty years. Now I write historical novels and short stories, doing almost all my research and writing at home, in seclusion and through the night, when everybody is sleeping and I enter in another dimension where nobody else has room." Read more... 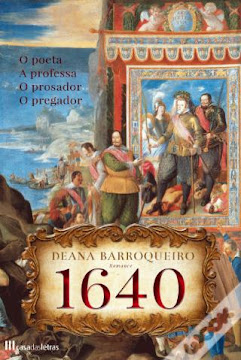 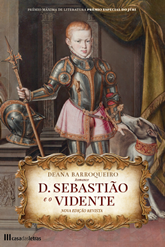 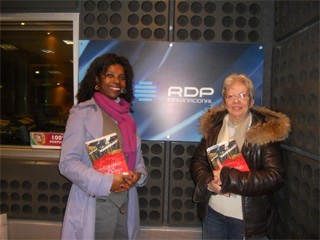